Sushi is a globally famous Japanese food. Discover some of its secrets that you may not be aware of.

1. Super Jumbo!
In the Edo era, sushi was 3 to 5 times larger than the current average.
Today, sushi is usually served in two pieces per set. But, it is said that this trend dates back to when they sliced large pieces of sushi in two to make them easier to eat.

2.Premium Toro Now Tossed Aside
In the Edo era (1603-1867), refrigeration technology was still undeveloped. So most sushi ingredients were either marinated in vinegar/soy sauce, or pre-cooked. Fresh fish could not be used raw like we do today.
*Toro refers to the fatty part of tuna, found in the fish’s belly portion. More on this below

Marinated tuna also appeared in the late Edo era (1603-1867). It became wildly popular when sushi stalls started serving parboiled tuna that was marinated in soy sauce and mirin.
Nowadays, premium tuna toro is thrown away as it doesn’t go well with the marinating style. Such a waste!
Tuna was perceived as a low-grade commoner’s fish that wasn’t served in fancy eateries.

3.Sushi Originated in Southeast Asia
The original sushi is completely different from what we know today. Called “nare-zushi“, the fish was marinated in salt and rice, then fermented with lactic acid.
Nare-zushi originated in Southeast Asia over 1200 years ago. Some of the world’s most popular sushi hailed from Southeast Asia.
People enjoy it even now in various regions as a local dish. As it is a fermented food, it is renowned for its strong smell.
But if you’re curious, why not give it a try?

In Japan, people generally eat their meals with chopsticks. But sushi was so big that it became a custom to eat it with bare hands. You can STILL eat sushi with your hands to this day.

4.Wasabi is SWEET？
Wasabi is a spice native to Japan which helps to eliminate odours, and is antibacterial against food poisoning bacteria.
Can you believe that WASABI is SWEET? This depends on the variety.
Cheaper wasabi is spicy, while genuine wasabi is tasty enough to be eaten on its own.
Most cheap and hot wasabi uses horseradish (a.k.a Western wasabi) for cost reasons. Horseradish has the kinds of hotness that stings your nose.
Genuine wasabi–originating from Japan–has a refreshing taste and is not overpoweringly hot.

Wasabi is said to help prevent wrinkles and sagging, increase collagen production, improve skin elasticity, and reduce wrinkles. It may even be an anti-obesity agent.

Well, how many of these sushi secrets have you known?
Share some sushi trivia with your friends while enjoying tasty sushi. 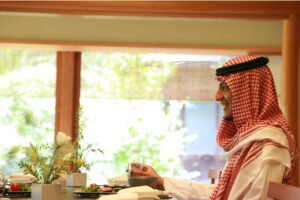 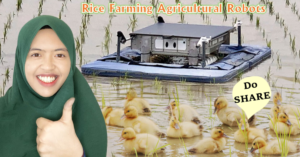