Amid the Covid-19 pandemic, Japan is also not a stranger to the hardships and struggles the virus has brought upon us.
We had the chance to chat with a few Muslim students at Tokyo University of Foreign Studies (TUFS) about their current situation.

Hearing their situation took me back to my university days in Japan. As a Muslim living in Japan, I could relate to how hard it could be to find a part-time job that can accommodate our faith.

For starters, let’s think about why international students do part-time jobs.
Other than to make ends meet, some do it to pay for the education costs since not everyone gets scholarships. Even if some get scholarships, like my one Muslim friend, they send about a third of it to their families back home. And to cover the money they send, what would they do—PART-TIME JOBS.

For a Muslim-minority country, Japan still has little understanding and knowledge about Islamic cultures and beliefs.
In my university days, my Muslim friends had experiences of failing to get part-time jobs because they wore the hijab [headscarf]. There were times they were asked, “Can you take off the headscarf when you work?”.

A friend of mine had this experience when she worked part-time as a hotel cleaning staff. After discussing with her workplace, they agreed with tucking her hijab inside her uniform.
This is an example of a Muslim student who has already secured the job. In most cases, they were often dropped at the screening process, but lucky for my friend.

Besides the hijab (apply only for women), Muslims must pray 5 times a day. This means we have times that we have to temporarily leave our duties for a bit to pray. Japanese people may find the idea of leaving their work–even for a short time–hard to grasp. For most Japanese people, who rarely get the chance to interact with Muslims in day-to-day life, this can be something quite unusual, like a whole new world.
As such, praying can be one of the reasons why we can’t get part-time jobs.

Thus, I can just imagine how tough it must be for Muslim international students to find a part-time job nowadays. With the widespread of the coronavirus, it must have gotten even harder.
Due to Covid-19, options for part-time jobs are extremely few, leaving Muslim students in distress with less income.

Knowing the circumstances and difficulties, I began to think what can be done.

Declared by the Prophet Muhammad S.A.W, Narrated by Muslim

After talking it over with Salam Groovy Japan members, we landed on…”crowdfunding”.

Salam Groovy Japan has started a crowdfunding project on LaunchGood to help provide food and other daily necessities for Muslims living in Japan.
Please SPREAD THE WORD and SUPPORT the project. 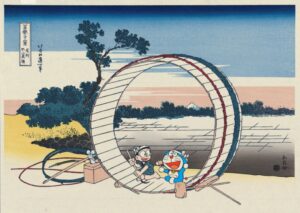 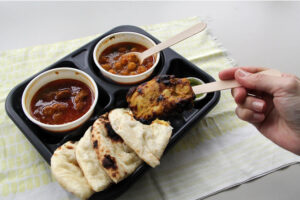