The anime film The Journey is the first collaborated film by Japan’s Toei Animation and Saudi Arabia’s Manga Productions.
Toei Animation is a household anime studio with its works such as One Piece, Dragon Ball, Neon Genesis Evangelion.

The film is set in ancient Saudi Arabia about the protaganist Aws who fights along with his people to protect their homeland from the invaders Abraha. You can get a glimpse of what awaits you in The Journey trailer.

The Journey film will hit the Japanese theaters from 25th June 2021. It supposed to premiere at the 2020 Cannes Festival. But it was postponed due to Covid-19 pandemic.

The Journey is one of your get way to get a taste of Saudi Arabia’s animation world with the familiar Japanese anime.
It’s really amazing to see a collaboration as such. This could lead to a stronger bond between the two countries. 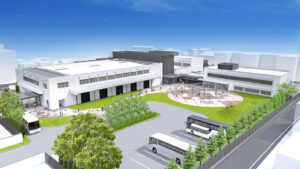 Next post Nintendo to Open its Museum in March 2024