The University of Tokyo and Nissin Foods are working on developing cultured steak meat for commercial use. A task that is said to be an exceptional challenge in the world.
It is gaining global attention as the texture of the cultured steak meat is close to that of a real steak.

The mainstream of the world’s artificial meat genre is currently dominated by plant-derived “alternative meat”, and “cultured meat” made by propagating animal cells. Until now, both types of meat have come in minced form.

The overseas artificial meat market is currently led by plant-based meat alternatives, such as the American companies: Impossible Foods and Beyond Meat. In Europe, Nestlé and Unilever are also working on its commercialization. McDonald’s and Kentucky are already handling some of these products.

A research team led by Professor Takeuchi of the University of Tokyo, is working on research and development to meet the demand for chunk meat. It is expected to grow into a business worth JPY60 trillion (USD550 billon), or 35% of the meat market, by 2040.

The key points found so far in developing artificially cultured steak meat are: 1) to reproduce muscle fibres in a silicon case with slits, 2) to reproduce the chewing sensation by electrically stimulating the muscle fibres.
Since it is in the testing stage, the entire process done manually. But they aim to create a mechanism to improve efficiency and mass production in the near future.

As per the Quran scripture and interpretation by Islamic law experts, cultured meat is halal if the cells used are from animals slaughtered in a halal manner, no impure blood mixed in the production process, and no animal-based growth promoters used.

With the United Nations setting Sustainable Development Goals (SDGs) for the year 2030, the food tech sector is slowly becoming more and more popular.
The world’s population has grown from 2.6 billion in 1950 to 7.8 billion in 2020. And the era of 10 billion people may come in the not-too-distant future.

How do we fill the stomachs of 10 billion people? No one has a clear solution to this simple question.
In addition, the “industrial livestock production system”used so far shortens the physical distance between animals and humans. As a result, this will increase the contact with unknown viruses that could pose a threat to humanity, such as the recent pandemic.

Yet the absurd reality is that 1/3 of all food produced for human consumption in the world is wasted.
Humans have the ability to overcome various difficulties by utilizing technologies. 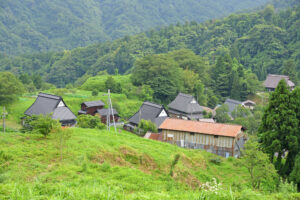