Building a sustainable society is a challenge for all people living on Earth.
Japan is currently speeding up commercialising plant-based meat as a meat alternative to solve global warming. This solution focuses on meat-eating as it is considered one of the causes of greenhouse gases.

After humans, cattle are the second most abundant mammal on the planet. There are 1.5 billion of them today! Cows are ruminants*1, so they burp a lot. Of course, they also defecate.
Each cow is said to emit 500 litres of methane a day. Methane is estimated to have 20 times more greenhouse effect than CO2. Some estimates suggest that cow burps alone account for 4% of global greenhouse gas emissions.
This is where meat alternatives come into play. Developments in the agri-tech sector, such as less burp-prone breeding methods and feed, are also gaining momentum.

Introducing food imitating various “meats” made from soybeans developed by the Japanese company DAIZ.
As you all know, Japan is a Muslim-minority country. Even though the meat is plant-based, that does not necessarily mean it is halal-certified. So please take note of this.

What makes DAIZ’s research and development unique is the technology they have cultivated, such as applying stress to the soybeans during germination. Traditional plant-based meats from soy have a particular soy smell because the oil and fats have been removed from the soybeans. However, DAIZ’s Miracle Meat is made using whole, sprouted soybeans.
By applying stress through adjustments to the concentration of oxygen (O2) and carbon dioxide (CO2), moisture and temperature, they can stimulate the sprouting metabolism of soybeans. They tried and studied 5,000 different patterns to find the tiniest differences. And each combination of the applied stress factors to soybeans has been modified to recreate various meat qualities, from beef or chicken to fish. Unbelievable, just brilliant!
It took 30 years for them to reach this present stage because all this enormous work could only be accomplished by testing it one at a time.
This is how DAIZ’s Miracle Meat has 10 times more glutamate than ordinary soybeans and more umami than beef.

Processed foods such as hamburgers, fried chicken and dumplings will be available in supermarkets in the Tokyo area from this autumn. For omurice (rice omelette), the ingredients for the chicken will be soy-based while also replacing the egg with a soy-based processed food.
Miracle Meat is a dry product with a long shelf life. This makes it easy to deliver and convenient to use: simply soak in water and blanch right before use. Thanks to its low production costs, it can also serve as an essential protein source for growing children in other countries facing a food crisis.

So far, DAIZ has received investments from over 20 companies in total, including food manufacturers such as Ajinomoto and major general traders. 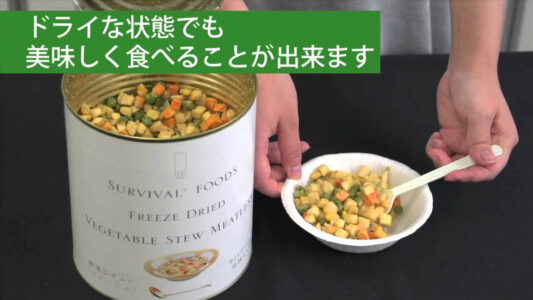