Salam and hello!
In recent years, you can find more halal emergency food from Japan that last longer. But what exactly is “emergency food”? What else can you use it for? Let’s see what you can expect from this food.

Japan has many natural disasters often occurring throughout the year, such as earthquakes, tsunamis, and typhoons. To prepare for such situations, you can see earthquake-resistant buildings, an underground flood facility, disaster education in schools or disaster prevention experience-learning facilities.
One of the preparations also includes FOOD, specifically “hijoushoku” (非常食).

Before I get to “what is hijoushoku”, let’s see the situation in Indonesia and Malaysia first.

Disaster situation in Indonesia and Malaysia

Similar to Japan, Indonesia is also a disaster-prone country. Both are in the Ring of Fire and the Asian monsoon area, so they face the same natural disasters. Except Indonesia doesn’t have typhoons and heavy snowfalls.
On average, Indonesia is hit by earthquakes 400 times a year of over 4 magnitudes. At a magnitude 4 earthquake, items may shake, windows or walls making rattling noises. It feels like a large-heavy truck passing by or striking a building.

On the other hand, Malaysia generally doesn’t have earthquakes, volcanic eruptions or typhoons. Nonetheless, it still has floods happening every year, landslides and severe haze. During December 2021-January 2022, Malaysia faced one of the worst floods, officially deemed a “once in a century” disaster.
Furthermore, on 25 February 2022, Malaysia also experienced sudden tremors caused by an earthquake of magnitude 6.2 that struck West Sumatra. According to the Meteorology Department, the tremors were felt at Selangor, Negeri Sembilan, Perak and Johor. And, of course, the earthquake at West Sumatra was because of the Ring of Fire.

What is the Ring of Fire?

It is formed by the movement of tectonic plates—including the Pacific, Juan de Fuca, Cocos, Indian-Australian, Nazca, North American, and Philippine Plates.
Volcanoes and earthquakes occur when the tectonic plates push against each other.

Although Malaysia is not in the Ring of Fire, Malaysia has experienced earthquakes and tsunamis in the past. For example, the magnitude 6.2 earthquake that hit Ranau, Sabah on 5 June 2015, around the areas in Bentong, Janda Baik and Bukit Tinggi at Pahang in November 2007-Mei 2008 with magnitude 3.5.
Hence, Malaysia should also start preparing ahead for this kind of disasters as well.

“Hijoushoku” (非常食) are foods people prepare when they cannot obtain food supplies during a disaster or other emergency situation. Basically, it means emergency rations/food.
This type of food remains edible and can be stored for a long time even if there is no lifeline supply.

Emergency food can also apply to camping. Many camping lovers, especially back-packers, bring along this kind of food as it’s hard to get food in mountains or jungle areas.

In Japan, there is an actual industry for emergency food. You can easily find Japanese companies specialising in making and selling “hijoushoku”. Using Japan’s advanced technology, they can create food that can last for 3, 5 to 10 years at room temperature.

Here are some examples of Japanese emergency food.

Alpha Rice is cooked rice heated in water, then rapidly dried. In English, it is called pregelatinised starch rice or cooked dry rice. This uses freeze-drying technology. The tech removes water or other frozen solvents in it to preserve perishable materials and extend their shelf life.

All you have to do is pour water or hot water. Then, you will get perfectly cooked nasi goreng in just 15 or 60 minutes. I have tried some of its products, such as onigiri, porridge, and biryani. You can check my review down below.

This is also another example of a product using Alpha Rice.

The “ANSHIN-MAI Quick” series by Alpha Foods also use this tech. Of course, halal-certified. You can eat after 5 or 30 minutes with just water.

Products from both companies can be stored at room temperature for up to 5 years.

Retort foods are foods tightly sealed in airtight and waterproof containers that have been pasteurised by pressure and heat. Canned food and ready-to-eat meals are also part of retort food. The food ranges from water to fully cooked.

You can submerge them in hot water to heat the food. While some products already have a heating agent included, so you don’t need hot water.
For example, halal emergency food by Hinomoto Shokusan.

The retort foods contain fully cooked Japanese dishes, which I’ve also tried before. I used a heat pack containing a heating agent for this one to heat the food up. It also can be stored for up to 5 years at room temperature.

“Hozonshoku” (保存食) is what you call non-perishables in Japanese. Non-perishable or Shelf-stable food is food that has been processed for preservation so that it can be stockpiled or stored for a long time at room temperature. This includes dried fruits, cheese and canned fish.

Modern non-perishables in Japan have evolved into foods you can readily eat. So you may see Japanese companies creating these and selling them as emergency foods.

An example of such food is the halal cookie by The Next Dekade, which can be stored for 10 years. The company also has water and bread preservable for 7 to 10 years (also halal).

Self-heating meals has the ability to heat up the food contents inside its packaging without external heat or power sources. So the user can easily and readily enjoy a hot meal at anytime even if there’s no electricity or heating.

Japan also has this type of product as emergency food. This is the Single Meal Set by Rescue Foods (not halal-certified), which does not need external heat and water sources.

Can you use “hijoushoku” for other situations?

Back in Malaysia, I was living in an area that wasn’t particularly disaster-prone zone. I had no idea of what emergency rations are or what kind of product can be considered as emergency rations.
In fact, my closest image of emergency ration/food was from Hollywood movies showing military food rations.
However, I started to gain awareness about natural disasters and learn what I should do during such situations after I came to Japan. And that is also how I got to know about “hijoushoku”.

“Hijoushoku” like Japanese ones are convenient. The food inside the package is already cooked, easy to prepare as some only need water. They won’t go bad fast due to its long lifespan and the best part is you can store them at room temperature. No need refrigerator!
My favourite part is the process. Some of the products like the onigiri is fun to make.

Is “hijoushoku” only for emergencies?

Food is a basic essential for humans to survive. In cases of emergency, we could be in a situation where we cannot get food. In Japan, it is targeted more towards disasters and emergencies.
BUT after actually trying some halal “hijoushoku”, I think it would also be perfect for daily situations. The first thing I thought when I first ate them: ”This is so convenient. I can just eat this in busy times or if I have no time to cook”.

You will have one of those days that you have a huge workload at the office, home and school. During such times, you may not have the time or energy to cook. With “hijoushoku”, you won’t use much effort to prepare—pour water (depending on product type) or use microwave, wait, eat!
If you are an outdoor lover, you can also use it for camping, hiking and so on. Think of “hijoushoku” like ready-to-eat meals that have very long expiration date!

Japanese “hijoushoku” is something I would like to see more in Southeast Asia. Apart from being useful for emergency, you can taste other kinds of Japanese delicacies that are not widely available in the market. If they can be sold in Southeast Asian countries, like Malaysia and Indonesia, we may even get local dishes turning into this kind of product.
That would be fun to have cooked nasi lemak or lemang using water!

If you are interested in this kind of food, and would like to see it in your country, leave lots of comment on our social media, share this with your family and friends to show your support and interest. 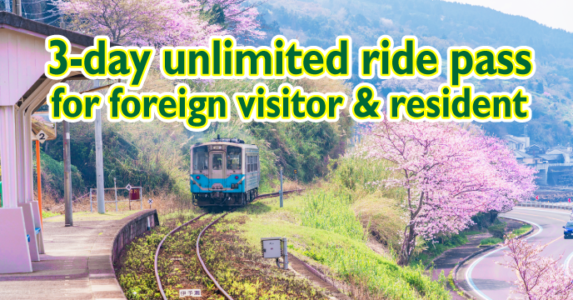