Each country has its own superstitions.
Even though they can be silly, most Japanese people just can’t help following them. Let’s see some of the amusing superstitions in Japan!

Hide Your Thumbs When You Pass a Hearse

Many of them were always told since childhood that if they saw a hearse (funeral car), they must hide their thumbs by wrapping it with the other fingers. They say that if you don’t hide them, you won’t be present on the day of your parents’ funeral.
But not even many Japanese people seem to know why they hide their thumbs…Of course, this is a pure superstition with NO scientific proof.
A funeral car in Japan is used to transport the dead body from the funeral home to the cremation place. Japan’s funeral car is quite fancy, isn’t it?!

Never Clip Your Nails at Night

This one is also the same as the one above. Don’t cut nails at night because “you won’t be there on the day of your parents’ funeral”.

The reason for this is easy to imagine. In the old times, people had no electricity, and candles were expensive. It is believed that ordinary people used fish oil to light their lamps, while folks in Edo (=now called Tokyo) used sardine oil. At the time, the brightness of the lamps was very weak, about a mere 1/50th of the brightness of a 60 watt light bulb. So it was VERY dark indoors at night.

In fact, they didn’t have nail clippers as we have now; they used tiny knives to cut their nails.
Just think, if you injured yourself with a knife in such dark places in THOSE TIMES. Bacteria will enter the wound that eventually can cause you to die.
Conclusion—Not being present for your parents’ funerals = you will die before they do.

You Become a Cow If You Lie Down After a Meal

Superstitious even for a superstition. But it still is used to discipline children for bad behaviour after eating.
By discipline, it means like “You’ll look sloppy. Don’t lie down, be proper”.
For digestion, relaxing is good, but if you fall asleep straight away, your stomach will suffer because the digestive system is not as active during sleep. We cannot guarantee, though, whether your child will absolutely have an upset stomach or not by doing this…

Japanese people consider numbers 4 and 9 as bad luck because they relate them to 4=Death, 9=Suffering. When you read both kanji in the Japanese language, 4 can be read as “Shi, Yon (四)” while 9 as “Ku, Kyu (九)”. The kanji sounds are similar to the Japanese words “SHInu (death)” and “KUrushimu (suffering)”. Sometimes you can find housing units or hotels rooms that skip those numbers, such as room 105 after room 103.

Japanese people like the number 8 because its kanji shape “八” extends wide at the bottom, which is considered lucky.

Good Things will Happen When a Tea Stalk Stands Vertically

When green tea is poured into a teacup, the stem part of the tea leaf may sometimes be poured in with it. When it floats upright [vertically], they feel happy and says, “the tea stalk is standing up! (Chabashira ga Tatta)”.
This is quite rare, so they believe it is a good sign. Of course, there are many theories to the origin of this idea. But some believe it was a marketing strategy by tea dealers. In the Edo period (1603-1867), tea dealers were having trouble selling tea that had a lot of stems in it, so they told people: “it’s good luck to have a tea stalk stands up”. Quite a smart marketing strategy, isn’t it?

Even though we know it doesn’t make sense, superstition is what people have been saying for so long that we just somehow still follow them. What superstitions do you have in your country? Share it with us! 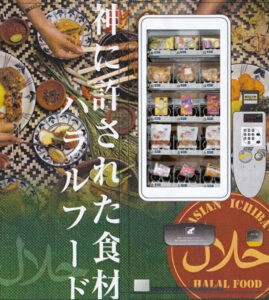 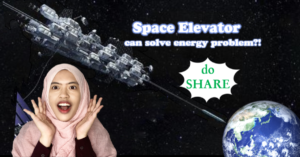 Next post Japan’s ‘Space Elevator’ ready to build in 2025?