Until now, the idea seems like a sci-fi fantasy. But since the discovery of CNT by a Japanese engineer in 1991, progress towards its creation is getting faster.

The Space Elevator will connect Earth to outer space using a 96,000 km-long CNT cable. The cable, which stretch through the Earth atmosphere, will carry materials and people using wheeled lifts called “Climber”.

How to Build a Space Elevator

Once the space lift is built, it will be less expensive to go into space and more sustainable as there is no fuel or toxic chemicals waste.

At a launch speed of 150 km/h, the Climber will reach an altitude of 400 km, where the International Space Station is located, in about 2.5 hours. That is almost the same as travelling between Tokyo to Osaka (2 major cities in Japan) by bullet train. Each launch will probably cost around several million yen (=a few thousand dollars).

The space lift is not just a way for space travel and transport. The essence of this project concept can also be seen as an effort to solve energy problems.

The project includes deploying a Space Solar Power System (SSPS) satellite at an altitude of 36,000 km. Unlike solar power on the Earth’s surface, SSPS is not affected by the weather.

The energy received by the 2 km² of solar panels floating in space is then sent as “microwaves” to the receiving antenna on Earth. That’s right, it can transmit energy wirelessly over a distance of 36,000 km!!
The receiving antenna is called a “rectifying antenna” and has a diameter of 2.5 km over the sea. Think of it as big as the size of a golf course for a better idea. Because the rectifying antenna is huge, in theory, a person can’t be roasted even when exposed to microwaves.
The Japan Aerospace Exploration Agency (JAXA) and the Ministry of Education, Culture, Sports, Science and Technology Japan (MEXT) will collaborate to start SSPS testing in 2022. Obayashi Corporation plans to start building in 2025, and use the space lift in 2050.

The Japanese government has also set a target to achieve carbon neutrality by 2050, making many initiatives to make this a reality. 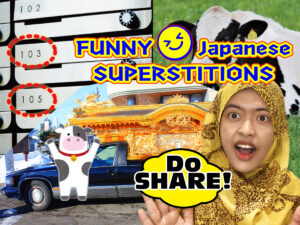 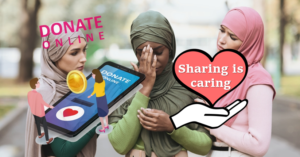 Next post Support Muslims in need today! Even small donation can help