Kabuki is a traditional but ever-evolving form of folk theatre unique to Japan.
With its exotic allure, here are some of the fun and intriguing aspects of Kabuki.

Kabuki has over 400 years of history. Its vivid colours and heavily stylised movements bring a refreshing touch, making it popular even among international crowds.

Makeup plays a significant part in Kabuki. Kabuki actors apply a bizarre style of makeup called kumadori (隈取). With its bold red lines on the actors’ faces, kumadori is a makeup technique used only in Kabuki.

Kumadori makes it easier to see the actors’ facial expressions. It also allows us to get an idea of who is the good or the bad guy based on the actor’s faces. On white painted face—red: noble character (good guy), blue: the sinister-villainous character, brown: demons and non-humans.
What an easier way to enjoy kumadori than face packs! The Kabuki Face Mask* is popular among foreign tourists as souvenirs.
*Kabuki Face Mask contains hydrolysed collagen & water-soluble collagen (both derived from fish; fish collagen), glycerin (plant-derived). Confirmed by its manufacturer. To double check, please contact the manufacturer directly.

What is also quirky is that only men are allowed to perform Kabuki.
The female role is played by men, known as onnagata or oyama.
Onnagata (女形) portrays an exaggerated version of the ideal female image, so they’re said to be much more feminine than real women.
See this video of Bando Tamasaburo, regarded as the master of onnagata in Kabuki. Can you believe this is performed by a man!

Kabuki actors inherit the stage names of their ancestors, family members and mentors. Hence, the actors’ names always end with a number, such as “XI (eleventh)” or “V (fifth)”. Sometimes an actor’s name can change over time as their craft improves. Remembering their names can be a bit tricky.

Kabuki was originally a familiar form of theatre for common people. It progressed through time, introducing new styles and ideas. The stories (plays) are now staged as historical plays. They were usually adapted in real-time from major events that caused a stir in society back then.
A style that resonates with the masses is the basis of Kabuki. Its easy-to-follow factor makes it fun, like actors flying in the air or changing clothes quickly to play a different role.
In the modern style of Kabuki “Super Kabuki”, performances of the anime One Piece and Naruto were also staged.

Kabuki is also popular with foreign visitors to Japan. Many measures have been taken to enable foreign travellers to enjoy Kabuki.
Shochiku, the owner of multiple of Japan’s Kabuki productions, provides information about Kabuki performances and history in English on its website. You will find tips on buying tickets and how to see a play, rules on attending it and more. Shochiku’s ticket purchase website is also available in English.
Kabuki theatres offer more multilingual audio guides and performances with English commentary to help people understand what they say during the performance.

First of all, Kabuki speech is different from modern Japanese, so even Japanese people who are unfamiliar with Kabuki need commentary to understand the story. That’s why commentaries are widely prepared for foreign audiences; it may also help foreign audiences who aren’t good at Japanese to understand it.
Kabuki is also well received abroad, with many performances in other countries.

Some Example of Classic Kabuki Performances
A String of Lions (連獅子)
It is famous for the father and son vigorously waving their long hair.
Based on the legend of the Lion throwing his cub down a ravine, the play portrays the love between parent and child.

A String of Lions

Kanjincho (勧進帳; The Subscription List)
The story is about Minamoto no Yoshitsune, who is being chased. Concealing his identity to pass through Sekisho (a place that controls the entry/exit of people and goods) with the ingenious help of his follower Benkei. The thrill of seeing Yoshitsune’s true identity nearly discovered: Benkei’s attempts to protect his lord, are worth viewing.

When you visit Japan, be sure to enjoy Kabuki. 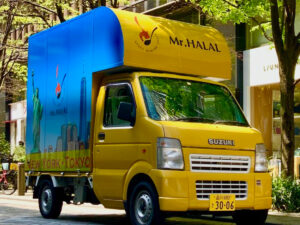