Kyoto once ranked first in the world’s most famous cities for 2020. Yet, the world-renowned city rich in magnificent Japanese landscape is on the verge of bankruptcy within 10 years.
It has become a hot topic recently in Japanese news but is surprisingly unknown abroad.

The main factor in Kyoto’s financial crisis is the city subways.
The construction of the Tozai Line, which began in 1989, cost JPY550 billion, over double what was initially planned.
Although the number of daily passengers never reached the first estimated figures, the number of passengers grew steadily in 2018 when the city was booming with international tourists.
However, due to the COVID-19 pandemic, travel restrictions in overseas and Japan have ruined this number.

The subway can’t earn and pay for itself independently, with Kyoto City having to cover about JPY100 billion (2004-2017) in debt, putting the city’s finances under strain to pay it back.
And Kyoto City has structural problems that work against it both in terms of expenditures and revenues.

With over 1,200 years of history, Kyoto has few high-rise condominiums as the laws restrict building heights and alike to prevent damaging the scenic landscape.
Kyoto is also home to many shrines and Buddhist temples, but Japanese law exempts duly recognized religious organizations from taxation.
Hence, property taxes on land and buildings are an unlikely possibility.

One of Japan’s Best University Towns—KYOTO

At the core of the municipal tax system is the resident tax. The resident tax is a tax placed on the income of those who live in the city.
Kyoto is known as one of the most university-rich cities in Japan, with 150,000 people, or about 10% of the population, being university students.

According to YTV News (the YouTube video), the percentage of residents who pay residential tax is about 43.1%, the lowest among Japanese government-designated cities.
This is why it is harder to count on the resident tax.

If things continue at this rate, Kyoto City may end up being the next Yubari City (Hokkaido), the only city in Japan known to have gone bankrupt.

To address this issue, Kyoto City put forward a reform plan in June this year to make a JPY160 billion break-even over five years that includes:
・Reduce bureaucrats by 550 and salaries over 5 years
・Revise senior citizens privileges in different services
・New tax imposed on buying second houses in Kyoto

Once the pandemic is over, VISIT KYOTO, one of Japan’s most iconic tourist destinations, on your next trip to Japan. And be sure to hop on the city subway!

Salam Groovy Japan introduces Japanese products and services for the Islamic market in English and Japanese. Follow us on our social media and keep up-to-date with the latest news.
Follow @Salam_GJ 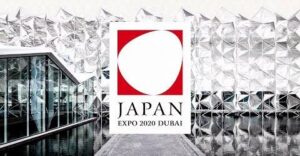 Previous post What to expect at Dubai EXPO’s Japan Pavilion 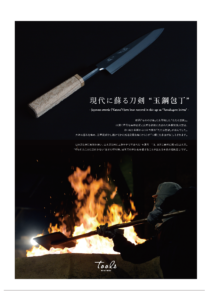