It was developed through joint research by three parties: (1) Tokyo Institute of Technology, (2) Gurunavi, Japan’s top restaurant search website, and (3) Fuji Oil, a leading processor of edible oils, fats and other food ingredients.

The koji mould has a long history as an ingredient in making miso, soy sauce, mirin, etc. It is an essential ingredient in Japan’s traditional food culture, born from the country’s unique climate and natural features.

To develop Soy Delice (Koji), the team studied the best combination of soy milk and about 100 koji strains from across Japan. After careful selection, they found a koji strain with a rich history handed down from generation to generation in Kyoto, used for making white miso*2 for centuries.

By “double-fermenting” these koji moulds and lactic acid bacteria, they can maximize the natural umami taste and achieve a cheese-like aroma with a fruity fermented sensation. It also combines the rich and creamy soy-based cream by the USS process to create a mellow, milky, sweet and harmonious flavour.

Therefore, it is perfect for Japanese cuisine and all kinds of menus, including sweets/desserts.

Cheese made from cow’s milk, for example, releases methane (CH4) gas*3, which contributes to the greenhouse effect.
The average cow burps about once a minute. This means that each cow releases up to 500 litres of CH4 per day.

Cows provide us with meat and milk for our consumption, making them valuable animals. There are 1.5 billion cows on the planet, more than any other mammal after humans. Some studies show that cows are responsible for 4% of global greenhouse gas emissions.

To achieve a sustainable world, we need to develop alternative foods in our diet that do not involve cows.
*This soy-based cheese is a plant-based food, but it is not halal-certified.

Word Meaning:
*1 Koji: made by fermenting grains (rice, wheat, soybeans, etc.) with microorganisms, especially moulds such as Koji mould (Aspergillus oryzae), effective for food fermentation.
*2 White Miso: a type of miso (Japanese soybean paste), a fermented paste made from rice, barley and soybeans. It is also called shiro miso or kome miso in Japanese.
*3 Methane (CH4): a CH4 is said to be 20 times more harmful than carbon dioxide (CO2), a well-known greenhouse gas. 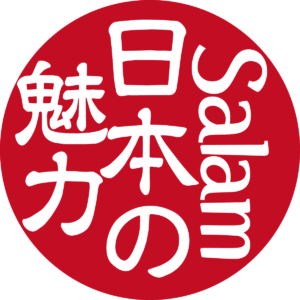