WATASI JAPAN is an apparel manufacturer and seller based in Shirakawa, Fukushima. Their signature items are hijabs and abayas tailored for Muslim women by reusing disused Japanese kimonos.

The birth of KIMONO HIJAB dates back to representative Junko Nawa’s university days.
Mrs Nawa majored in tropical fruit at the Department of International Agricultural Development at Tokyo University of Agriculture.
Her first interaction with Muslims was during her year-long cultivating tropical fruits in the jungle near Jeli, a town in the Kelantan state, north of Malaysia’s east coast, bordering Thailand.

After graduating from university, she worked for a regular company for 14 years. With childbirth and childcare, she faced the situation where she had to choose her work or family. Under the social conditions at the time, her company’s view “people who cannot work on weekends should switch to part-time…”. For someone with a steadily advancing career like Mrs Nawa, she felt this was a huge contradiction and decided to quit her job.

She got to know many mum friends while raising her children. Through daily communication, said Mrs Nawa: “I realised how many outstanding individuals were hidden amongst my mum friends”. “If it were me, based on my experience working in HR, I found many mums that I would have wanted to hire.”
Yes, many of the mums she met were all in the same boat as Mrs Nawa, who had to give up their careers.
Facing this reality, Mrs Nawa aspired to start her own business, wishing to create a company that made the best out of the capabilities of talented women.

In 2015, after attending various entrepreneurship seminars, asking herself, “What kind of business model should we use?”. When wondering this, memories of her student life in the Malaysian jungle suddenly came to mind.
In Kelantan at the time, women naturally walked around wearing hijabs as it was a highly religious region. Taking hijab as a commercial product, she thought about producing it with Japanese mothers raising children.
Quickly, she researched whether any companies in Japan were developing and making hijabs for the Islamic market. At the same time, she noticed that there was a vast potential market globally, beyond her imagination.
This led Mrs Nawa to consider “why not explore this field…” and in February 2016, she incorporated WATASI JAPAN.

The ‘WATASI’ (pronounced as ‘wa-ta-shi’ ) in the company name comes from three ‘watashi‘ (わたし) words in the Japanese language.

(1) Watashi (私)
‘Watashi’ (私) means I or Me in English. Here, it applies to working mothers themselves, in the hope that they will take care of ‘MYSELF’, a.k.a their own selves.
Mothers with children always think they come last in the family, putting their children first in everything.
So, Mrs Nawa applies the first WATASI to these mothers as she sees that “when mum smile, everyone in the house smiles”.
(2) It comes from adding 和 (Wa), Harmony.
(3) It comes from ‘Hashi-WATASHI’ (橋渡し), meaning building relationships.
Surprisingly, the first product they started working on was—the inner hijab. When the company later test-marketed it in Malaysia, they received many responses expressing a desire for something Japanesque, prompting them to look into using kimonos.

In Indonesia/Malaysia, both countries have a government-led initiative to preserve the traditional ‘batik’ used in formal wear.
Whereas, as time goes by in Japan, opportunities for people to wear the traditional costume, kimono, are decreasing. Instead, kimonos are left sitting in people’s wardrobes and no longer used.
Kimonos also have a fixed width and are difficult to handle during processing compared to other fabrics. This makes it challenging when converting them into other products.

Nonetheless, the kimono has distinctive Japanese traits and uses traditional designs, which the company can utilise to create high added-value products unlike any other in the world.
For example, when it comes to the Kuro Tomesode*1 worn by mothers sending off the bride and groom at weddings, the most used designs are ‘chrysanthemum flowers’. Chrysanthemum flower embodies “a mother’s wish for her child leaving the nest to be happy”. ‘Chrysanthemum’ has been used as ‘medicine’ for centuries. The flower, therefore, has become a symbol of ‘wishing for long life’.

According to Mrs Nawa, the most challenging part to commercialise hijabs and abayas using kimonos is the kimono selection stage. Especially for Muslims, with a taboo on idolatry*2, designs that fall under this category cannot be used. This is why the company take meticulous care in handling kimonos.

“We want to use the best designs to turn them into products”.
Mrs Nawa’s desire for this is evident in the many tonnes, possibly hundreds of tonnes, of kimonos that the company actually has handpicked and sorted until now.
In the 2020s, the trending keyword ‘SDGs’ has come into high gear. Upcycling an item like the kimono hijab takes a real amount of effort. This is because they need to renew old things and turn them into more appealing products.

Another struggle they face in commercialisation is pricing.
Despite a drop in economic momentum, many Japanese products are still expensive for Southeast Asian countries. When calculating the cost, they found it tend to exceed the estimated local sales price. This is a common scenario.
Plus, low-priced hijabs (including those made in China) already dominate the market, leaving the local market in a unique situation where locals can buy brand-new hijabs for just JPY100 (≈USD0.8).
How to differentiate themselves given these factors? Clearing the most severe issue–PRICE–is a common challenge for many Japanese companies planning to expand into Southeast Asia.

The global outbreak of Covid-19 has wrecked halal tourism in Japan. Accordingly, sales of their hijabs (based on traditional Japanese clothing), previously aimed at tourists, have plummeted. Hotels and other establishments that used to sell WATASI JAPAN kimono hijabs also had to close down.

With no definite timeframe for inbound recovery in sight, they are looking at entering the local market through cross-border e-commerce, finding a compromise on price range and target group as a solution. The issue at their hand now is how to approach and deliver products to Muslimahs unable to visit Japan.

Traditional Japanese kimonos reshape into costumes worn by Muslimahs. In this new form, WATASI JAPAN’s kimono hijab takes centre stage once again to preserve the presence of the kimono–handed down from generation to generation among Japanese women–as it bridges the gap by passing it on to Muslimahs.

*2 Idolatry: worshipping an idol (something or someone) as if it were a god. 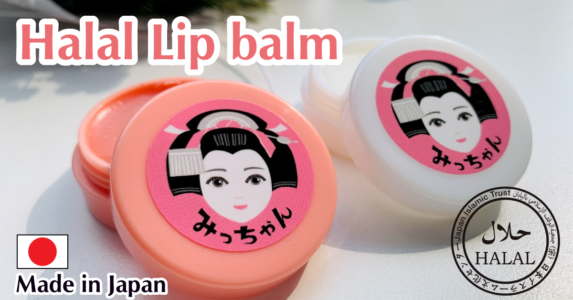 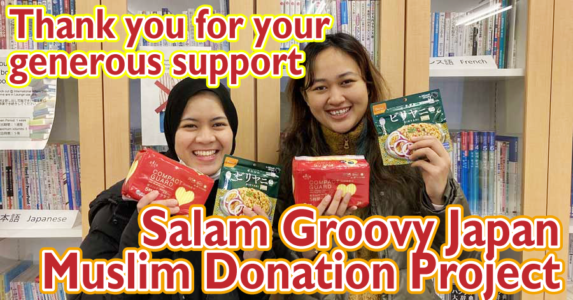