IGLOOO Inc., an inbound marketing and promotion company focusing on the Middle East, Europe, the United States and Australia, produced and released a promotional video to introduce Yamanashi Prefecture’s attractive tourism for the Middle East.

According to the JNTO Middle East Market Survey, the average amount spent by Middle Eastern tourists in Japan is approximately JPY670,000. It is 4 times higher than the average of JPY150,000 for all tourists.
However, there are not many cases of Japanese tourism resources being promoted specifically for the Middle East.
From a business viewpoint, this shows that the Middle East has plenty of growth potential. Not to mention, there are many “Japan fans” in the Middle East who like Japanese anime, manga, and natural beauty.

A survey of 50 Arabs who watched the video reveals that most of the responses mention Yamanashi Prefecture’s natural beauty, traditional culture and Muslim friendliness. With positive comments about each spot and the video content.

For the video production, IGLOOO employed native Arabic speaking staff to highlight the appeal of Yamanashi from a tourist’s point of view. It also features hotels offering halal-certified gourmet food, mosques, and more for Muslim tourists to feel at ease. 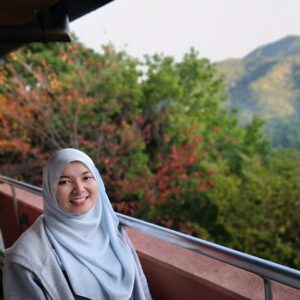