Shimizu Corporation, Japan’s leading-major construction company, builds an artificial island in the Pacific Ocean right on the equator. They aim to create a planet-friendly future city that is carbon-negative, self-sufficient and waste-free.

The plan for the environmental island is named ‘Green Float’. The way it floats on the ocean resembles a water lily.

Under its smallest unit ‘cell’ package, the company will build a 1,000 m high tower on top of a circular float base with a diameter of 3,000 m. This tower stretches out towards the upper levels, creating a 1,000 m diameter living space in the air.
The cell itself identifies as a ‘district’ where one cell can house up to 50,000 people. The cells can connect together to form a ‘module’ (city–100,000 residents) and a ‘unit’ (country–1,000,000 residents), with the design allowing them to expand in size as the population grows.

Although the equator has a tropical climate, Green Float does not have significant temperature changes. By building these 1,000 m towers, temperatures in the living space can stabilise at around 26 °C, making it easier to live there.

Up to around 700 m high, those tower area has a vegetable factory. Above that, the central area is an office area, while the outer perimeter is a residential area.
Let’s move on to the float section. Surrounding the towers is an area to grow grains. And at the outermost end of the float, there is an offshore area for fish and seaweed farming.
The CO2 generated in the living spaces on the tower’s upper levels helps boost yields by using them for photosynthesis in the plant factories located at the middle-lower levels.
The various discharges from people’s lives also pass through a septic system for use in the grain area and marine farms, to be recycled as food again.

The company expects to use magnesium alloy (smelted from seawater as the main raw material) for the tower’s structural components. It is lighter and stronger than conventional steel; It is recyclable when re-melted, which also helps to reduce the burden on the environment.

Green Float combines two words: ‘Green’ for the potential use of plants and ‘Float’ for maritime city potential.
The company gathers the best cutting-edge technologies of Japan and worldwide, hoping humanity can evolve alongside the global environment for a safe and secure life.

Shimizu Corporation first announced the Green Float project in 2008, aiming to complete it in 2025 as per the initial plan.
According to the Nikkei (newspaper), Shimizu Corporation indicates that the base technology development and design are already complete, so all that remains is building the actual structure.

Indonesia announced last month that it would move its capital from Jakarta to Nusantara. Some of the reasons behind this are the increased risk of flooding from land sinking and rising sea levels. Also, traffic congestion and air pollution caused by the high population density in Jakarta worsens. Of course, these similar problems exist in other countries as well.

Shimizu’s Green Float project has the potential to provide a radical solution for countries facing these problems. The company also suggests that the Green Gloat project should stand as an ‘international cooperative system’ that does not belong to any particular country.

“Work that we can proudly pass on to our children”
This is the official corporate slogan of Shimizu Corporation. And Green Float is precisely a great project illustrating this message. 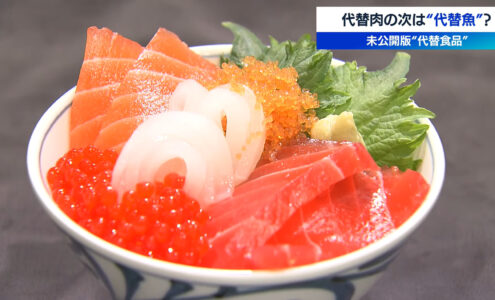 Next post Meat from CO2! Ultimate system by Japanese venture