Komaruya Sumii came out with a limited-edition Japanese fan: Sports Kyo Uchiwa Fan, designed as “If today’s sports existed in the Edo era (1603-1867)”.

Using its signature craftsmanship, the “Sports Kyo Uchiwa” fan series was born with the creative idea, hoping to soothe your mind.

■Kyo Uchiwa Fan BALL SPORTS
Basketball, handball, badminton, tennis, volleyball. Attention to detail goes into each athlete’s outfit (uniform), with the ball of each sport depicted as part of the uniform.

■Kyo Uchiwa Fan WEIGHTLIFTING
In those days, the pride of power was the rikishi (people who do sumo). The rikishi motif in it is Asahina Yoshihide, a popular Kabuki figure from the Edo period.

■Kyo Uchiwa Fan RUGBY
As a form of kemari, rugby could have been nurtured and practised in the court culture.
Kemari has popularly practised at the imperial court since the Heian period (794-1185). By the Kamakura period (1185-1333), it spread to the samurai class. Then gradually to the general public in the Edo period (1603-1868). 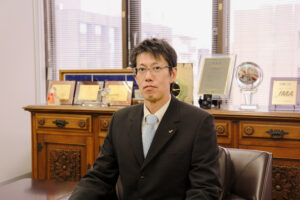 Previous post Fog expert, From spraying to disinfection and landscaping