Experience the world of the global mega-hit anime, Demon Slayer: Kimetsu no Yaiba on 9 Apr (Sat)–30 Sep (Fri) at Nijigen no Mori theme park with 2 exciting events at night and daytime.

Nijigen no Mori is a theme park combining the worlds of some of the most iconic Japanese manga, anime, and gaming in Hyogo Prefectural Park on Awaji Island. You can also find Naruto x Boruto and Godzilla theme parks here.

At the night event, visitors can go undercover as a Kakushi member through a scene from Mount Natagumo arc, where Tanjiro Kamado (main character) fights to the death with Rui (Lower Rank Five). Participants can experience its world by walking through a 1.2km forest at night as you witness Tanjiro and his friends battle the demons illuminated by projection mapping.

At the daytime event, visitors can enjoy a mystery-solving game while walking around the area with Nijigen no Mori original character panels and others illustrated by ufotable. Explore the park with Tanjiro and his friends, solving riddles and taking on the mission of finding the “Scene of Illusions”.

Of course, the event has original goods only available at Nijigen no Mori. Visitors can try out special foods based on characters from the series, such as Tanjiro Kamado and Kyojuro Rengoku.

What is Kimetsu no Yaiba?

An anime produced by ufotable, based on the manga by Koyoharu Gotouge, published by Shueisha Jump Comics, which has sold over 150 million copies in its first 23 volumes.
The story begins when Tanjirou Kamakado, a boy whose family killed by demons, joins the Demon Slayer Corps to turn his sister Nezuko–now a demon–back into a human.
The tragic tale of humans and demons, the gruesome sword fights, and the occasional comic scenes made the series popular, creating a huge buzz in Japan and worldwide.

A special offer is also available, where visitors will get an original Nijigen no Mori goodie—Tanjiro’s Box-style Backpack.
For more information, visit the official page below.
https://ticket.nijigennomori.com/en/ 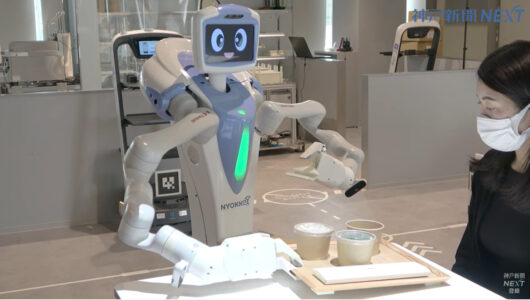