Japan began raising silkworms for raw silk to make fabrics since 2,000 years ago. Around 1900, the country became the world’s largest raw silk exporter, surpassing the pioneer of silk farming–China. The money earned from exports goes to invest in buying machinery for Japan’s modernisation.

The silk farming industry was once the driving force behind the Japanese economy. But with the rise of cheap, high-performance synthetic fibres and a decrease in farmers, current production is less than 1% of what it was during its golden age.

In recent years, silk has come back into the spotlight as a “dream material with great potential”, thanks to the development of genetic modification technology.
In terms of genetically modified (GMO) products, it is halal (permissible) if the products use ingredients/by-products from animals or genetic material that is considered halal by Islamic law.

Glowing Silk
Have you ever heard of glowing silk?

When blue light shines on the larva, the abdomen glows, indicating that it has fluorescent proteins in its body. By modifying the genes involved, manufacturers could also make colourful glowing silk, like red or orange.

Clothing made of silk is also considered valuable by Muslims. Here is one of the verses depicting silk in the Holy Quran (sacred book in Islam).

“It is they who will have the Gardens of Eternity, with rivers flowing under their feet. There they will be adorned with bracelets of gold, and wear green garments of fine silk and rich brocade, reclining there on ˹canopied˺ couches. What a marvellous reward! And what a fabulous place to rest!”

In the case of ultra-fine silk, it gives a smooth and glossy surface.
NARO also combine spider genes into silkworms to develop spider silk, which has strong and stretchy properties. This fibre is used in making durable clothing or surgical thread.
Silk is also used in cosmetics, testing kits for osteoporosis, and in Alzheimer’s disease research.

Silkworms show great potential as they produce high value-added proteins and medicines that were previously difficult to produce. 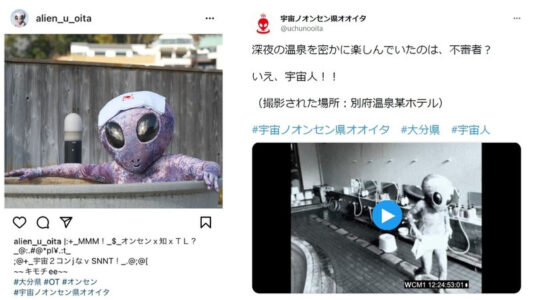 Next post Mosque at factory, Strong ties of Matsuyama Kozai-Indonesia