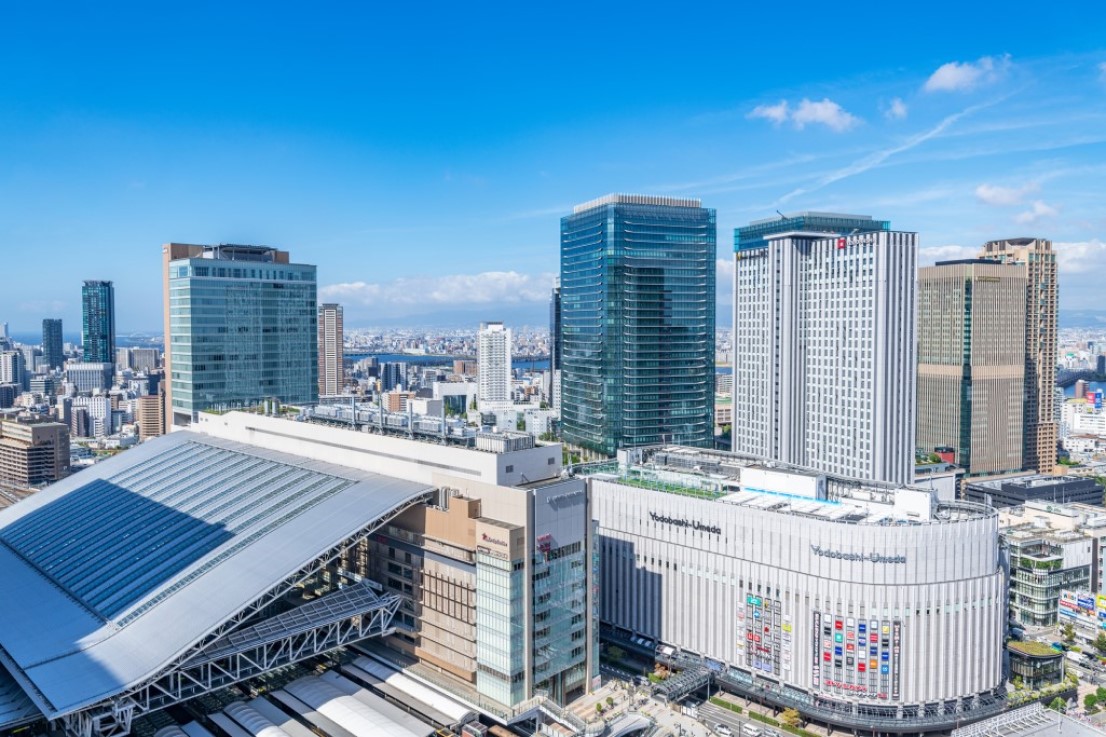 Towards a recovery in inbound tourism, Japan Gov. is speeding up plans to allow international tourists into Japan again.
According to the Resona Research Institute, inbound spending in two Kansai prefectures in FY2019 amounted to JPY 1,497.1 billion (≈USD 11.79M). A large portion of this is believed to have evaporated after the devastating Covid-19 pandemic.

Expectations were high for the Tokyo 2020 Olympic and Paralympic Games. But it fell short in attracting visitors and the related economic aspects, making the Osaka-Kansai Expo in 2025 the next most anticipated event.

Before the pandemic, Osaka ranked first in the list of prefectures with the most foreign visitors in 2019.
1st—Osaka 9.96 million
2nd—Tokyo 9.72 million
3rd—Kyoto 7.53 million

That Osaka is now undergoing large-scale redevelopment around Osaka/Umeda Stations. Recently, plans to start full-scale construction of Umekita Park, one of the world’s largest urban parks directly connected to JR Osaka Station, were announce to open in 2024. Other upcoming projects in the area are as follows.

Umekita (Osaka) Station is a future station designed to take on the challenge of bringing the JR West Technology Vision to life, announced in March 2018.
JR West established the JR WEST LABO as a testing ground for its innovations. Based on its “Station that makes you smile” concept, it marks JR West’s efforts into unmanned station operations. It also includes innovative solutions such as interactive space using digital technology, One to One digital guides, full-screen platform doors, etc.

At the World Economic Forum (WEF) in Davos, Switzerland, Japan placed No. 1 for the first time in the Travel and Tourism Competitiveness Index 2021 for having “the most favourable conditions for a recovery in travel and tourism”.
Contributing to this are the country’s tourism resources, ranging from convenient accessibility in well-developed transport infrastructure (e.g. railway) that never delays a minute to globalised cities and many UNESCO cultural heritage sites.

Since the Hankyu Sanbangai opened in 1969, the world will surely be watching the Umeda/Osaka area undergoing its first major transformation in almost 50 years.

Related Article:
Direct link to Osaka Station, One of the world’s largest urban parks set for 2024


We Want Your Trade