Salam and hello!
I have some tasty goodness that I want to share with you today.
Thanks to TOMO (JAT Inc.), I got to try their new halal snack and some extras.

Let’s taste this new Bouchées de Genshin!
Bouchées de Genshin is a bite-sized snack made from kinako (roasted soybean flour), Japanese persimmons, almonds, brown rice puffs and cacao nibs. And of course, it has a touch of Genshin (organic roasted brown rice) powder.
Not to mention, it is gluten-free, low-calorie, and halal-certified.

It contains 7 pieces. It may be hard to see, but there are 7 of them. Since spring is coming to Japan, there were times it was cold then warm, cold then warm.

The texture is closer to a nougat than chocolate. Chewy but not to the point that it will hurt your jaw. Nice enough that you can easily bite it.
At first, I can taste a slight bitterness, kind of like coffee bitter. That could be coming from the Café Genshin powder. Then the sweetness swoops in, mixing with that light bitterness.

The slight bitterness did throw me off at first. But as I chew, the taste gets better and better! Not too sweet, not too bitter. The flavours are well-matched with each other. I think I can keep eating this nonstop.
If you are a non-sweet tooth person, I would recommend this!!

The Seven Lucky Gods: Wasanbon Sugar: the extra sweets I received.  Wasanbon is traditional fine-grained Japanese sugar, made only in some small parts of Kagawa and Tokushima prefectures. This TOMO wasanbon uses chikusha, a one-of-a-kind sugar cane found only in those regions.
It is not halal-certified. But I checked the ingredients, insya-Allah, it is okay for Muslims to eat.

As per its name, this TOMO Wasanbon has 7 pieces in different shapes inspired by 7 lucky gods (七福神, Shichi Fukujin). Aren’t they cute?!

I ate Bishamonten…SOOOO SWEET!!
I was so shocked when I took that first bite. Don’t get me wrong, it is good. But it was way sweeter than I expected, which caught me by surprise.

According to the TOMO website, it says: “You can eat our Wasanbon like a sweet, or you can use it to sweeten your Genshin coffee or any other drink!”. Next time, I’ll use it as a sweetener.

Actually, this sweet reminds me of a traditional Malaysian cookie—Kuih Bangkit (also common in Indonesia), made from sago or tapioca starch. We often eat it during Eid-al Fitr (a celebration after Ramadan) and Chinese New Year.
Like kuih bangkit, the wasanbon crumbles when you bite it and melts in your mouth. Both tastes has some kind of similarity, but wasanbon is way sweeter.

For the Café Genshin Japanese Roasted Brown Rice Coffee, I haven’t tried it yet. So I may do a light review here or on Instagram on another day.

If you want to buy TOMO snacks and coffee, make sure to use this discount code: SALAMGROOVY at the TOMO official online shop. You can get 10% off on any of their products. Worldwide shipping is also available. 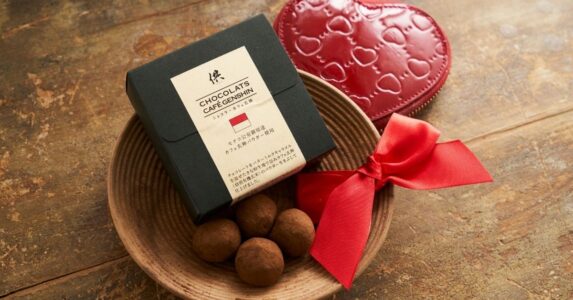 Previous post Halal sweets approved by the Sovereign Prince of Monaco, by JAT 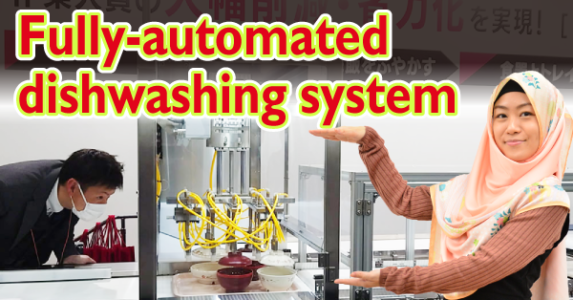 Next post Labour-saving commercial dishwasher with half the staff